I don't use amalgam as much as other dentists- but that is because in many circumstances I find that there is a more appropriate filling material to use. However there are some situations where amalgam is the best filling material for the job.

Amalgam fillings have been placed and used for over 150 years but some people feel concerned about the potential to cause health problems. Every year there is a story in the national press about someone who feels thier medical problems started when they had a filling. The reports can sound convincing and scary- read one here. But really- don't be alarmed and I will tell you why.

Millions of amalgam fillings are placed every year and have been for over 100 years.

Very rarely there are people to have 'Hypersensitivities' or mini allergic reactions to amalgam. But as the health authority states in Scotland- 1,007,169 fillings were placed in 2012-13 (in Scotland alone?) and less than 0.04% were replaced *at the request of a consultant. That is a tiny amount. Surely with this many fillings being placed we would have LOADS of people being diagnosed with MS if amalgam caused it. But we don't. Infact the number of Amalgam fillings being placed by dentists are going down- but the incidence of MS is increasing? Doesn't quite fit does it?

*many of those fillings will have been replaced for other more common reasons- decay, breakdown etc. rather than hypersensitivities.

You can kills yourself by drinking too much water- but we still drink it. Why? It is the DOSE that makes the poison. Amalgam has such a low dose of mercury that the profession and academics are pretty sure its safe. Remember there is mercury in more than just your fillings. You can find it in the environment, atmosphere and even in your food. Again- it's in such low doses it shouldn't cause harm.

Mercury levels are highest when amalgam fillings are removed by drilling or when they are being placed. Who does that job? Dentists. So dentists should be the ones worried right?

But they aren't- beacuse they know what the research shows.

There has been research to look at health problems in dentists. Whilst we have more back problems than the population- the one thing we don't have is an unusually high incidence of MS or other nerve disease that you would expect. I am a health-care professional- I want to help people get better not make them worse and so from an ethical standpoint- if I thought there was credibility behind these claims I wouldn't use it.

Pretty much every relevant scientific and professional body rebuke the claims that serious health problems caused by amalagm fillings. Its not a conspiracy- they just know their stuff. Unfortunately they aren't as emotive or alarmist as the writings you will find on some natural health websites or newspapers.

There is no good evidence of association of dental amalgam and systemic diseases.

Dental amalgam has proved and still proves to be a safe and reliable filling material.

Despite the evidence it seems confusion of the amalgam will continue based on the paradox of putting a potentially toxic substance into human tissue.

Brush your teeth with Elmo!

Guide to buying and Electric Toothbrush. 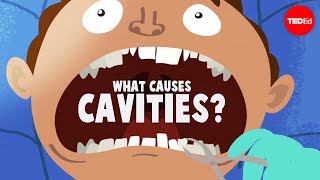 Almost everything you need to know to stop your teeth rotting....

How to look after the teeth of children

Simple things you can do to avoid decay.

Brush your teeth with Elmo!